Processed Cassava can Raise its Value into High Economic Value 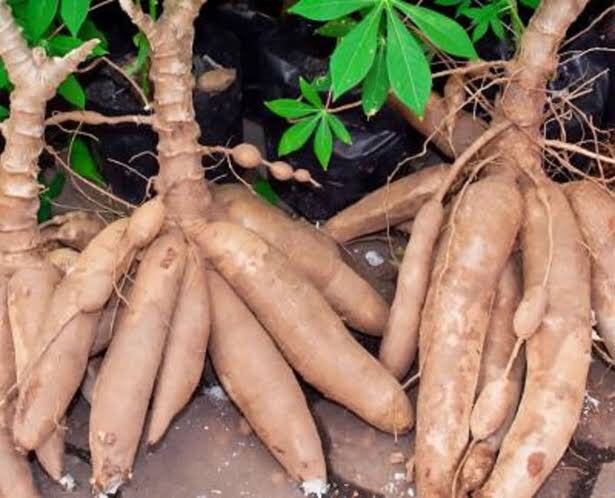 Starting from the farmers’ complaints, Wakhyu Budi Utami from Rumah Mocaf Indonesia immediately looked for ways to process the crop so that it could be utilized properly. After discussing and researching cassava processing procedures, Wakhyu Budi Utami was finally determined to process the plant into Mocaf (Modified Cassava Flour) flour. He is also determined to elevate the status of cassava into a product of high economic value.

“I had a simple research and discussion with my colleagues in Food Technology to process the potential of cassava in my area, and all of them suggested that processing the plant into Mocaf as an alternative food,” explained Wakhyu Budi Utami.

His efforts to turn cassava into a product with high economic value are arguably successful. Together with her husband, Wakhyu Budi Utami, she began to establish a company that she manages with the principle of ‘sociopreneurship’ called Rumah Mocaf in 2018 with the aim of improving the welfare of cassava farmers and the community. Through the concept that Wakhyu Budi Utami applies in her business, all residents involved in Rumah Mocaf also strengthen each other to continue developing this Mocaf Flour. In fact, Rumah Mocaf’s activities have now begun to receive support from several social organizations that focus on community empowerment.

The presence of Mocaf House is able to provide direct benefits to the community in the effort to develop Mocaf Flour. In addition, Rumah Mocaf also provides flour-making training to farmers. Through Rumah Mocaf, Wakhyu Budi Utami has a big dream, to make Mocaf flour as a typical Indonesian flour, so that Indonesia can attain full food security.

The food reserve program is part of a national strategic program, therefore all parties are expected to maintain and support this national program. “I hope that all parties are able to maintain and make the program a success, mission and great vision of President Joko Widodo to build food reserves for the national interest,” said Zulkifli, Director of PT Permata Agro Utama. On the other hand, this program also aims to build or increase the economic welfare of the surrounding community where the cassava plantation will be built, because what is built is not only the plantation, but also its derivatives .

“Do not underestimate this cassava plant, 25 years from now it is expected to become a strategic product,” he explained. Cassava has many advantages, besides reducing Indonesia’s dependence on wheat imports, it can also be used for pharmaceutical production, where currently Indonesia imports approximately 96% of pharmaceutical raw materials. “The community hopes for a partnership cooperation pattern by providing guidance to the community so that it can make unproductive land productive,” he explained.

Meanwhile, Director General of Food Crops Ministry of Agriculture Suwandi said that the utilization of cassava is one of Minister SYL’s concepts about 5 ways to act, one of which is local food diversification by utilizing cassava. “Not only diversification of production but also consumption,” said Suwandi.

Ministry of Agriculture has been mapping cassava centers up to the downstream. In 2019 there was a harvest area of around 628 thousand ha  with a production of 16.35 million tons. “All parts of this plant can be processed for food and I propose the next webinar should be held directly at the mocaf processing location so that participants can see the processing themselves,” said Suwandi.

Again, Suwandi asked farmers to have local-specific innovations in cultivating the land properly, so as to produce high yields,” he said.

For cassava processing, Kubota also has agricultural equipment ready to assist farmers in processing the crop. With the L5018 tractor and Fertilizer Reaper implements, farmers can easily fertilize and clear weeds, roots or grass on cassava field. This L5018 Kubota 4WD tractor can also be used to clean weeds, roots or grass in corn crops and sugar cane.