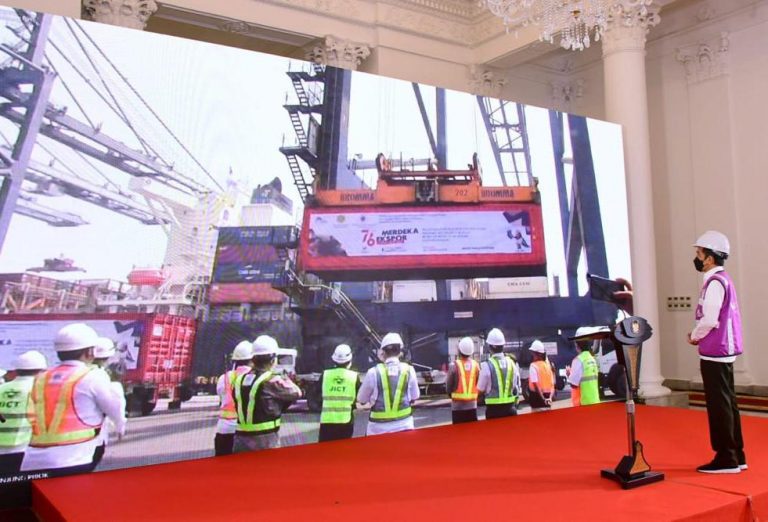 Jakarta – The President of the Republic of Indonesia, Joko Widodo (Jokowi) appreciated the Merdeka Ekspor event initiated by the Ministry of Agriculture (Kementan) at 17 main gates spread across 17 provinces in Indonesia. According to the President, this activity is important, especially since the agricultural sector is a resilient sector and has great potential in supporting national economic growth.

“The agricultural sector is one of the sectors that can survive the impact of the Covid 19 pandemic, where exports in 2020 reached 451.8 trillion or an increase of 15.79 percent compared to 2019 which was only 390.6 trillion,” the President said when opening Merdeka Ekspor 2021, Saturday (14/8/2021) as quoted from the official website of the Ministry of Agriculture.

The increase in agricultural exports, the President said, is also considered quite satisfactory because so far it has been able to have a major impact on improving welfare. This can be seen from the national Farmer Exchange Rate (NTP) figure which reached 99.60 in June 2020 and consistently increased until December 2020 at 103.25 and June 2021 reaching 103.59.

“This is good news that can encourage our farmers to remain productive during the pandemic. Mr. Minister (Syahrul Yasin Limpo) also said that rice exports have started to Saudi Arabia,” he said.

Minister of Agriculture, Syahrul Yasin Limpo (SYL) expressed his gratitude for the Head of State’s attention to the Indonesian agricultural sector, especially in supporting Merdeka Export activities at 17 export gates which have a foreign exchange value of 7.2 trillion rupiahs.

“As directed by the President, investment and exports are key factors in accelerating national economic growth. In this regard, we continue to encourage the export of agricultural products to various countries,” he said.

The Minister of Agriculture explained that the export independence activity is the implementation of various existing programs, including the Three Times Export Movement (Gratieks) program to accelerate exports of agricultural products, as well as mobilizing provinces, districts and cities to accelerate exports.

“We are also starting and encouraging faster exports of agricultural products such as porang commodities, swallow nests, centipedes, maggots and other potential export commodities,” said the Minister of Agriculture.

It should be noted that the export release was carried out, among others, at Tanjung Perak Port which has a foreign exchange value of 1.3 trillion, Dwikora Pontianak Sea Port 194.31 billion, Dumaj Port 1 trillion, Belawan Port 431.6 billion, Tanjung Priok Port 435.1 billion and Tanjung Emas Semarang amounting to more than Rp 400 billion.