Minister of Agriculture Syahrul: Farmers are Heroes of the Nation 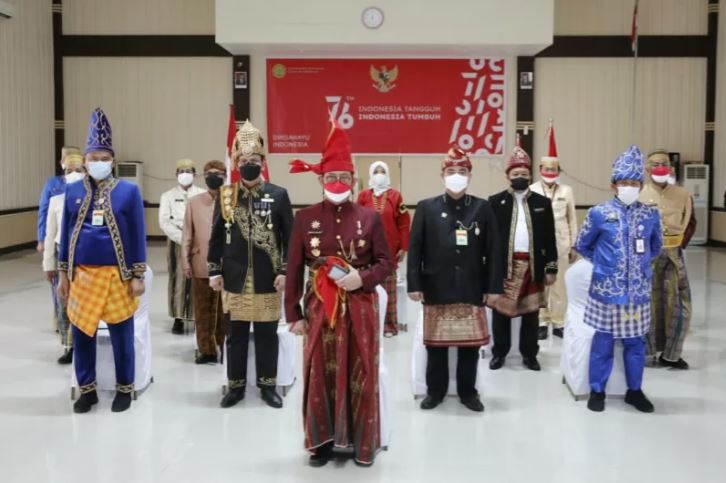 Jakarta – Minister of Agriculture Syahrul Yasin Limpo reiterated the important role of farmers in national development. For this reason, Syahrul asked his staff to continue to improve the welfare of farmers.

Syahrul mentioned that the Farmer Exchange Rate (NTP) and the Agricultural Business Exchange Rate (NTUP) as indicators of farmers’ welfare are currently increasing. In July, the Central Statistics Agency (BPS) recorded that the NTP reached 103.48, while NTUP was 103.77.

Farmers, according to Syahrul, have an important role in the large contribution of the agricultural sector to the national economy, especially in the midst of the current Covid-19 pandemic.

“When all sectors are down, the agriculture sector serves as a positive role for the country. This is a very proud moment and thanks to the hard work of all parties, especially the farmers in the field,” Syahrul said.

“The agriculture sector has proven that it can protect the nation and the state by providing enough food, no price fluctuation, and contributing to the national economic recovery,” Syahrul said.

The Merdeka Ekspor event held on August 14, Syahrul said, is one of the benchmarks of the success of the agricultural sector. At the event, agricultural commodity exports were released simultaneously to 61 countries from 17 ports and airports.

At the ceremony led by President Jokowi from Bogor Palace, the export volume was recorded at 627.399 thousand tons with a value of Rp 7.29 trillion. “We are able to give more than 7 trillion to the country, only in 7 days. This is a spectacular thing,” Syahrul explained.